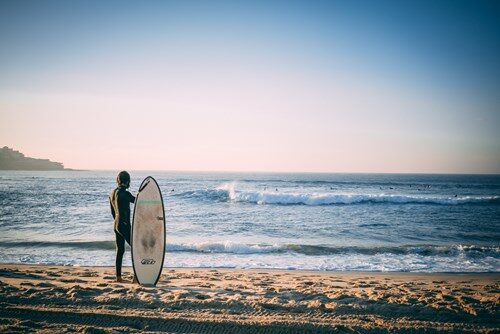 Photo by Alex King on Unsplash

It’s only the second day of Pepper’s dream job, and already it feels like an eternity. Pepper hardly slept a wink last night, her mind racing from reflecting on what was a nightmare first day, Pepper, reluctantly dragged her body out of bed at 5am, showered, cleaned her teeth, swigged down a cup of green tea, limped wearily to her car and not recalling the journey arrived 2 hours early at the training ground. There were no other cars in the car park save for the security guard who was less than impressed having to extract himself from scrolling through facebook to lift the barrier for Pepper. Determined to turn around the events of the previous day, she vowed to herself to carry out a thorough assessment to come up with a plausible probable diagnosis for Francie and the gaffer. As she was setting up the treatment room in preparation for Francie’s arrival, she started mentally rehearsing the conversation she was going to have with the gaffer later that morning. She imagined walking into his office with a confident diagnosis and management plan, communicating it across clearly and concisely while at the same time setting reasonable expectations that the manager should have of her. However, her mental rehearsals were continually being sabotaged by waves of anxiety and fear.

Pepper sat down at her desk with notepad and pen, She began scribing the outline of the subjective. She planned to start with broad open-ended questions so that Francie could air his concerns and thoughts about his injury and illicit his expectations as early as possible in the conversation. She noted that she wanted to investigate red flags and any personal and environmental stressors which may affect his outcome. She then scribbled down the specifics she wanted to attain from the interrogation; mechanism of injury, pain characteristics, aggravating and easing factors, 24 hour pattern as well as previous injuries and past medical history. She then highlighted the order of her questions In red biro to ensure the assessment had flow and direction.

Francie arrived 20 minutes early for his assessment. He was sullen in mood, his shoulders protracted and his head hung low. Pepper felt a little anxious and nervous as she watched Francie limp snail-like through the treatment door. She attempted to make some small talk to set a higher mood for the subjective, and to be fair to Francie he did his best to participate, however it was hopeless. Eliminating any distractions; Pepper quickly closed the door and invited Francie to sit opposite her with his back to the door.

The beginnings of a “Player Profile” 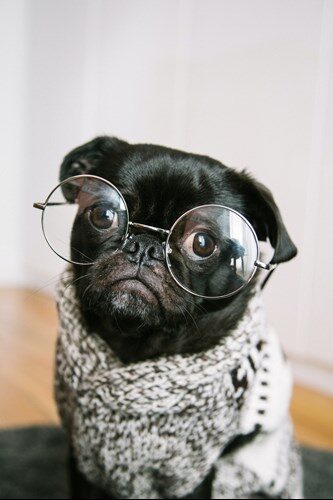 Photo by Charles Deluvio on Unsplash

Pepper began by expressing to Francie the importance of remaining open and honest throughout the assessment to help her arrive at an accurate diagnosis. Pepper then began the assessment: So Francie, what seems to be the matter? Francie recalled the dramas of the previous day, his concerns and worries and his expectations around imaging and surgery. Pepper, listened intently, nodding occasionally and scribbled down the information. This also gave Pepper the opportunity to understand more about Francie as a person as she knew it was important to treat the person and not just the injury. Pepper garnered a wealth of information during this time which helped her to build her first “Player Profile”.

How History can affect Injury?

Photo by Curtis MacNewton on Unsplash

Ten or so minutes later, once Francie had finished, Pepper then enquired about Francie’s personal and family Medical history, to determine if there was anything that might affect the physical examination or his management plan. Pepper had a good understanding of the importance of medical history taking and implications on rehabilitation, as she had done this daily for 2 years while working in the hospital. The football club environment was very different and sometimes it may not be as obvious that someone has a medical condition or that they are on medications because of their high levels of fitness. Francie confessed to her about his OCD and the medication he was taking. Pepper thanked him for sharing this information, reassured him that everything he told her was confidential and that if he wished that they could both visit this subject in more detail in the future. Francie, managed a wry smile and nodded his head.

A Red Flag when you least expect it!!

Photo by Dawid Małecki on Unsplash

Pepper then turned her attention to red flags. Her main priority was to clear any potential serious illness or pathology. She wasn’t expecting to find any due to Francie being a young, fit lad. However, red flags don’t discriminate against age and can never be missed. And she had a justified cause for concern as Francie had managed to hide his OCD for the past 3 years. Pepper questioned herself, if Francie could manage to hide this condition for that long, is there something else he could have been hiding?

When the how is more important than the high – Mechanism of Injury:

Photo by Kobby Mendez on Unsplash

Pepper moved on with the assessment and asked Francie to explain exactly how he injured himself. Francie was a little vague in his explanation similar to the previous day. Pepper changed her tone and looked Francie directly in the eye and explained to him how important it was to describe in as much detail as possible how the injury occurred. She impressed upon him that it would have a significant bearing on his diagnosis and management plan. Francie, paused, slowed down. Pointed to his adductor muscle group and told Pepper that the moment he connected with the ball he felt “a sudden sharp pain where he was pointing and was unable to carry on”. He denied any gradual onset of pain or any previous injury to this area either.

Pain is the currency we deal in 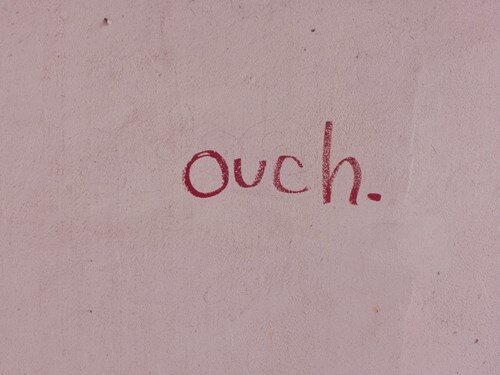 Photo by Nick Fewings on Unsplash

Pepper turned her attention to pain. She asked Francie to describe his pain, point exactly to where he felt his pain was coming from, give it a rating out of 10, was it intermittent or constant, how irritable it was (how long did his pain last for when provoked), did he feel any pain in bed at night and how was it first thing this morning. From Francie’s responses and research around groin pain, Pepper began to clinically reason that Francie may have Adductor related groin pain (Weir et al 2015)

Francie told Pepper that his pain had reduced from an 11 out of 10 on the previous day to a 4/10 on walking and palpation. He also reported that his pain settled to a 0/10 within seconds of provocation. In fact, just talking about the pain helped reduce Francie’s anxiety levels and subsequent pain levels which also meant that Pepper would be able to carry out a more comprehensive and accurate physical examination.

Photo by Frank Vessia on Unsplash

Before moving onto the physical examination Pepper wanted to find out about Francie’s lifestyle habits and if this might have an affect on his injury, concerns or management plan. Pepper asked Francie if there were any challenges, uncertainties, stressors or distractions in his life? What he enjoyed doing away from football? Pepper continued to probe and asked Francie if he smoked, or consumed alcohol, she asked him to tell her about his support network (family & friends). Pepper saw a transformative change in Francie’s body language and tone of voice from the start of the assessment as he engaged more and more with her. She could see that by taking her time and getting to know Francie as a person as well as about his injury had a huge impact on fostering a positive relationship between them. Pepper glowed inside and by this point of the assessment she had a thorough understanding of Francie’s expectations, feelings and clinical picture. From everything Francie had told her, she was over 80% sure that Francie suffered a simple adductor strain. At the end of the subjective assessment Pepper asked Francie if he would mind giving her 10 minutes to absorb all the information he had provided her so that she could plan the next part of the examination. Francie, duly obliged, left the treatment room while Pepper began ciphering through her notes to plan out the subsequent Physical Examination.

Tune in next month to check out chapter 6: The Physical Examination and click the link here to access previous chapters