The concept of “PREVENTING RUNNING INJURIES” is still very much theoretical. Great strides are being made on the subject of running injuries, however “Injury prevention” at present is an aspiration rather than a reality. Rather than taking the dogmatic stance of “injury prevention”, I believe that a more plausible way forward is to put in place strategies which will help identify areas of opportunity to improve your “Running Economy” to help reduce the risk of future injury and improve running performance.

The beauty of Running:

In truth, the only way to “PREVENT” getting injured from running, is not to run but that defeats the purpose of the object. For me, this is not an option: I am a movement person: Running, biking, surfing, playing with my son and going on adventures with my dog Jack are my true pleasures in life. Without these I’m sure my mental health would be very vulnerable indeed. I won’t delve into too much detail here other than to say that, the positive effects of movement are as much psychological as they are physical, the feel good factor of running: runners know what I mean.

Why assess Running Economy & what is it?:

One of the strategies that I utilise when assessing runners who are suffering from a running induced injury is to assess their “Running Economy”. From my own experience down through the years and in combination with peer reviewed research: it would appear that poor “Running Economy” can lead to pain – hence the “WHY” for assessing it . However it’s not as easy as that as running economy is challenging to understand, let alone explain, but in the most simplest of terms it is affected by the interplay of various aspects which include:

Metabolic Efficiency: Very simply, this is the ability to turn fuel into mechanical work regardless of whether it comes from carbohydrates, fat or protein. It’s a measure of the efficiency of the muscles to use fuel to power exercise. Only a small percentage (roughly 23%) of the energy we produce powers exercise, the rest of the energy produced (over ¾ of it) from food is lost or dissipated as heat. 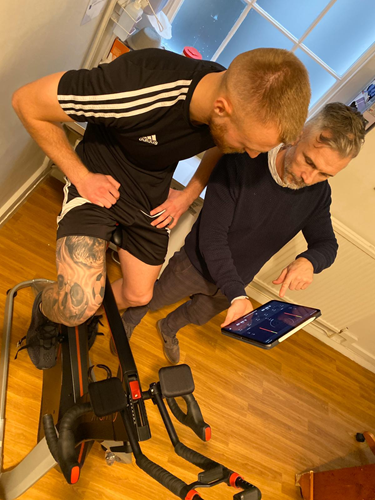 Cardiorespiratory Efficiency: This is the ability of the respiratory system (lungs) and circulatory system (arteries & capillaries) to supply oxygen to the muscles to fuel sustained physical exercise (running). The primary measure of this is VO2max. 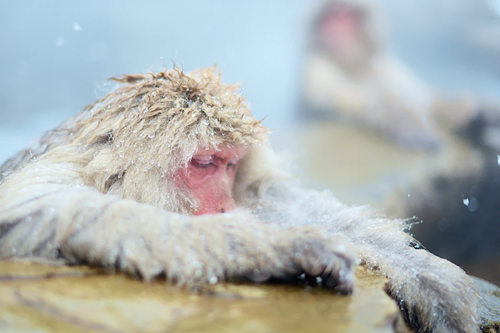 Biomechanical Efficiency: This refers to the movement patterns of the joints and muscles and how well they are synchronised and orchestrated throughout the kinetic chain (the body as a whole) during running. For example, I have worked with several elite & recreational runners who have benefitted from altering their foot loading patterns (moving from an initial heel strike to mid or forefoot strike) or by adjusting (usually slightly increasing) their step frequency, altering trunk position and hip, knee and ankle motion which may help to treat running injuries by reducing load in certain muscle groups and joints (Franklyn-Miller et al. 2014). To read more about this check out our previous blog here

Neuromuscular Efficiency: The sport skill of running – yes there is a skill to running just like there is for golf or darts!!!! Very simply this relates to your running style, how well you can balance one leg in static and dynamic postures, how well you can accept force when your foot strike the ground and how efficient you are at producing force when your foot is about to leave the ground again.

It’s important to recognise that it is the interplay of all these factors which can have the most profound effect on you running economy. A lot of this you might be already doing yourself without even knowing, for example: Running Economy can be influenced through: 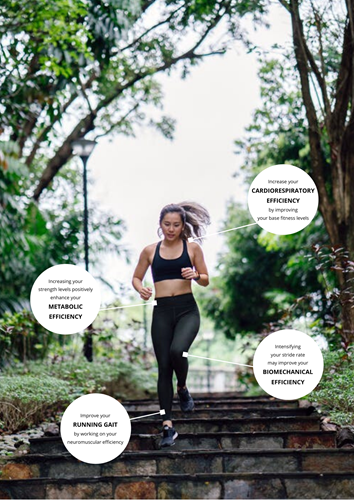 All of which I may add have been shown in recent research to reduce the risk of injury and improve performance: bonus!! I really like the diagram below by Barnes & Kilding (2015) where they beautifully illustrate all the factors which can affect running economy. In essence, they are advocating that we can improve running economy by manipulating both nature (genetics) and nurture (training). 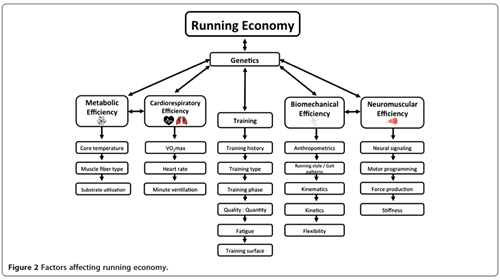 If you do decide to have your running economy scrutinised then it’s important to remind oneself that “no size fits all” and that a very individualised approach is needed to improve someone’s running economy because of the vast differences in DNA expression, physiological and biomechanical characteristics between each and every person. I like it a little like trying to index the gears on a bike, you might need to tinker with the derailleur, the mech hanger, the cables, the chain stiffness, a little bit of this and a little bit of that etc (the cyclists reading this will know what I mean). It’s more of an art rather than an exact science. In life no one factor is generally responsible for injury and it is more likely to be an interplay of several factors such as genetics, over/ under training, lack of strength, poor cardiorespiratory efficiency coupled with poor substrate utilisation etc etc.

If the above piece has sparked your interest, then please feel free to get in touch to explore the endless opportunities for getting you back on the Road again. Alternatively, hope to see you at our ‘Return to Running’ Evening Symposium. Details of which are coming soon. Watch this space……..