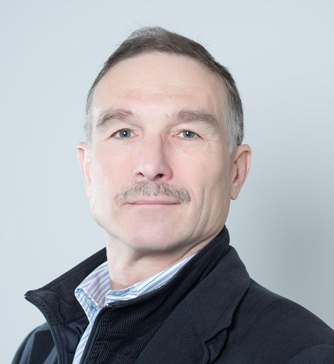 Dr Simon Blease trained in radiology in London and Bristol on secondment from the Royal Air Force, finishing his service career as the Director of Radiology at RAF Hospital Wroughton. During his time in the RAF and in a short return to the NHS (96-99), Simon developed an expertise in Magnetic Resonance Imaging and Musculoskeletal Imaging. He established the first MRI scanner in the British Military service in 1993 and was project leader for a new MRI and CT Centre in the NHS Wales.

In 1999, Dr Blease joined MedTel International to become the UK’s first full-time teleradiologist. He has developed and maintained strong clinical links by serving as Honorary Musculoskeletal Radiologist to The London Spine Clinic, The Bowskill Clinic, The Welsh Institute of Sport, BUPA Wellness and Back On Track. He is the ex-Honorary Secretary to the British Institute of Radiology, becoming a Fellow of the Institute and was awarded the Distinguished Service Medal in 2012. He was a founding member of the UK Association of Doctors in Sport (UKADIS). He was made a Fellow of the Faculty of Sports and Exercise Medicine (Ireland) in 2004 and is a Founding Fellow of the Faculty of Sports and Exercise Medicine (UK).

Dr Blease was awarded a European Diploma in Musculoskeletal Imaging in 2010. He has maintained a UK and international profile through professional, lecturing and publishing activities that include:

Simon has worked in independent practise since 2012 delivering high quality imaging support to the medical community in central London. He remains passionate about the integration of new technology to push forwards the boundaries of musculoskeletal and spinal medicine.